Bereavement care long after a disaster

What makes disaster bereavement different from many other types of bereavement is that in the case of a disaster, many other experiences of loss can overlap, including damage to and loss of housing and household goods, financial loss, and disruption of community.

It is not uncommon for survivors who have lost their livelihoods, such as being forced to live in an evacuation center or temporary housing, to be so busy rebuilding their lives that they do not take the time to mourn their loss.  By not being able to take the time to do the work of dealing with grief, they often don’t feel the loss of undergo bereavement until many years later.

Please keep the following points in mind when supporting the bereaved in medium- and long-term care. 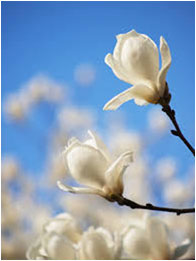 Bereavement due to disaster is often accompanied by “trauma” as well, so it’s not easy for the bereaved to speak their minds unless they feel they have established safety and trust with the other person, even if with a “psychological care professional.” Therefore, the bereaved are unlikely to visit the experts themselves, and by the time they do, it may be many years after the disaster.

Grief may not follow a normal process, but appear in a repressed form, such as expressing itself as a physical symptom. For example, if someone complains mainly about physical symptoms, it is important to attend to the needs of the bereaved family without inadvertently trying to get to the heart of the matter.

Sometimes, a person’s mind becomes greatly disturbed around the date of a disastrous event.  This is called an anniversary reaction. Though the “anniversary reaction” is also common in bereavement, in cases of disaster, the anniversary date is often focused through mass media. In some cases, it increases the risk of secondary harm, such as being compared to other survivors who are further on the road to recovery.